Virtual Reality: OPTIS engages in an active partnership with INRIA in Sophia Antipolis

OPTIS, a world leader in software solutions for simulating optics, light and human vision based on physics, has signed last October a strategic contract with Inria, a public research institute dedicated to digital science and technology.

Following a successful partnership with the VEC Hartree Centre in Manchester, UK, OPTIS has decided to enter into another partnership agreement with Inria. Under this contract, OPTIS will have access to the virtual reality infrastructure recently installed at the Inria Sophia Antipolis – Méditerranée research centre in France. OPTIS Imagine, the virtual reality and simulation research division of OPTIS, also located in Sophia Antipolis, will now be able to deploy its solutions directly and easily for demonstration, experimentation and development purposes in a partnership enhanced by the close physical proximity of the two teams. 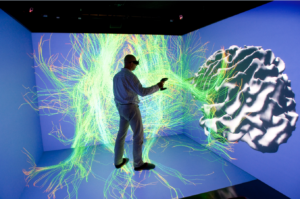 Jacques Delacour, Chairman and CEO of OPTIS, explains, “Inria is a leader in its field, and can provide us with all its expertise in both software and hardware in order to help us get the most out of its infrastructure. OPTIS will also be able to deploy new VR compatible systems, software solutions and manufacturing functionalities, and test them under real world conditions in this next-generation immersive facility”.

Following the signing of this agreement, OPTIS can now invite its customers and business partners to evaluate its next-generation solutions. Jacques Delacour continues, “We are delighted to have access to a facility such as this that enables the simultaneous use of two of the main facilities used by industrial customers; an immersion cube and an image wall providing high quality relief mapping. The tests that we will carry out there will provide an essential element in the development and production engineering of future products for our customers”.

The software technology developed by OPTIS is exclusively dedicated to virtual reality, enabling decision makers, engineers and designers to immerse themselves in a realistic 3D environment in order to experience and evaluate a virtual product without the need to manufacture a physical prototype. The use of a high quality realistic visualisation in this way will make it possible to speed up decisions relating to new products and to improve current processes by reducing the development time and costs in actual projects.

Gérard Giraudon, Director of the Inria Sophia Antipolis – Méditerranée research centre, concludes, “This virtual reality infrastructure, named after Gouraud and Phong, two French pioneers in the field, was funded as part of the latest round of European State-Region Project Contracts (CPER). This funding was provided on condition that we make the facilities available to innovative digital technology SMEs for experimentation and test purposes. We are therefore delighted to provide this support to OPTIS, a French SME and a leader in its field, and with whom we have worked on a number of contracts over the past ten years. We hope that this partnership will bring our two organisations even closer together in the future, and that it will lead to more new research projects aimed at extending the use of virtual reality. This is also a joint activity that can only increase the attractiveness of this region to other organisations”.

In addition to usage case studies, the equipment and technology developed by OPTIS will also be used to analyse the behaviour of users when immerged in a virtual reality environment with the aim of gaining a better understanding of their acceptance of a virtual world and the perceived differences between it and the real world.

The first customers of OPTIS from Japan and Korea have already visited the facility to test out this unique environment. OPTIS have also announced an event to take place in 2015 as part of an international conference to promote wider awareness of this facility.

Established in 1967, INRIA is the only public research institute entirely dedicated to Computer Science. At the interface between Computer Science and Mathematics, the 3400 researchers at INRIA create the digital technology of the future. Graduates of leading universities throughout the world, their work combines fundamental and applied research with imagination and flair. They focus on concrete problems, collaborating with researchers in the public and private sectors in France and worldwide, and transfer the results of their work to innovative companies. Inria research teams publish around 5000 papers every year. Over 120 start-up companies have been established as a result of their work. [>] inria.fr

OPTIS is a world leader in the provision of software for the scientific simulation of light and human vision in a virtual reality environment. Its solutions are used by designers, ergonomic specialists, and engineers to simulate and optimise the performance of lighting, the appearance of products, and the visibility and legibility of information in human-machine interfaces, all within a totally immersive environment.

Following the integration of its solutions into SolidWorks in 2001, CATIA V5 in 2002 and Pro/ENGINEER in 2008, OPTIS is still the only company to offer a light simulation solution in CAD/CAM software that is based solely on a physics model. OPTIS has issued over 7000 licences to 1800 customers in 38 countries throughout the world. Users includes the majority of major manufacturers in the automobile, aerospace, electronics, white goods and lighting sectors, together with architects, universities, research laboratories and defence organisations. They use OPTIS technology to design, simulate and visualise products in a virtual reality environment. These products include vehicle lighting, smartphone screens and keypads, dashboard and aircraft cockpit displays, LCD screens, LEDs, light fittings, military detection systems, optics for industrial vision systems, and military and medical applications.