In Sophia Antipolis, the European teams of the World Wide Web Consortium (W3C) are coordinating the technical part of the W3C web payments initiative, which should unlock huge potential for global e-commerce.

With e-commerce set to turnover 1.471 billion dollars in 2014, an increase of almost 20 % on 2013, there is a pressing need to combat fraud, which affects 10 times more online transactions than those in store and also to facilitate mobile use where the average rate of abandoned transactions is 97 %. According to the GSMA, today, 264 million people worldwide have mobile accounts, but the vast majority of these potential customers cannot purchase over the web due to a lack of interoperability. The absence of standards and the wide assortment of regulatory frameworks and international payment systems limit the deployment of new payment methods and the arrival of new payment system providers.

Many international organisations, including banks, credit card networks, government, mobile phone operators, payment solution providers, internet companies, e-commerce firms and content creators are being called upon to take part in this work to secure online payments, pay recurring invoices, send funds and even to study the impact of regulation on technology. This also creates new opportunities for companies and consumers, such as the use of discount coupons, loyalty card management and even the use of cryptocurrencies.

In order to give a better understanding of these challenges and integrate solutions within its open web platform, the W3C has set up a Web Payments Interest Group, presided over by Erik Anderson (Bloomberg) and David Ezell (Association for Convenience & Fuel Retailing). This interest group will focus initially on digital wallets. Considered as user-friendly, relatively safe and able to protect confidentiality, these still do not benefit from satisfactory interoperability since no standard has been unanimously adopted. 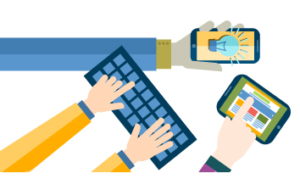 In Europe, it all began with the W3C Web Payments Workshop which took place in Paris last March. « While the arrival of cryptocurrencies, bitcoins and others destabilise traditional schemes, we have arrived at a stage where major players like Visa, Google, Paypal think that it is time to sit down around the table », Stéphane Boyera, Web Payments Activity Lead for W3C explained to WebTimeMedias. « Major European banks along with those from other continents have offices in Paris, as do regulators such as the American Federal Reserve and even large technology companies such as Gemalto ou Ingenico. »

Workshops on interoperability and security related to NFC and HTML5, coordinated in Sophia Antipolis

The European team of the W3C, based in Sophia Antipolis, is responsible for the technical coordination of the file. The initiative is supported by the European

HTML5Apps project, which aims to close the gap between native and web applications and is conducted under the guidance of the ERCIM (the European Research Consortium for Informatics and Mathematics), which is the European pillar of the W3C, hosted by INRIA.

On 26 November in Lille, Stéphane Boyera presented the Inria Industry Meeting on « Web Technologies ». He described the specific challenges ahead:

Discussions will continue within the W3C at different levels:

At the same time, the European Commission, which is financing the project, is currently discussing new regulations, particularly on the openness of the e-payments market, the rights and obligations of the various service providers, etc.