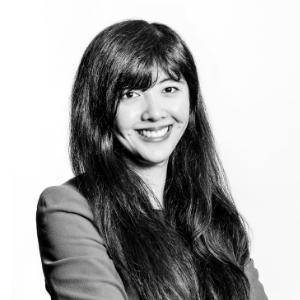 Patricia Lay
Head of Life Sciences & Cosmetics Projects
Patricia Lay began her career with Inserm transfert Initiative (investment fund) and AstraZeneca (pharmaceutical laboratory) prior to joining (in 2013) the largest competitiveness cluster for health in France: Eurobiomed. With a background in Health sceince, AI applied to Health and Business and a graduate of the ESSEC, today she works as the Health Tech Team Côte d’Azur Expert.

Grasse, world perfume capital.
The Côte d’Azur is the leading French region for the production of aromatic and medicinal plants
The SUD Provence-Alpes-Côte d’Azur region boasts around 70 companies with almost 5,000 employees, responsible for more than half of all French production and with a consolidated turnover of 2.9 billion €.
90% of Grasse’s activities centre around luxury goods and cosmetics. The Grasse area is still the leading French industrial centre for the production of raw materials for the manufacture of fragrances and flavours and accounts for half of all production of aromatic ingredients in France.
Family companies, Mane and Robertet, who are ranked among the world’s top ten, continue to invest massively in their production capacities. Local expertise, which is recognised globally, attracts major itnernational manufacturers such as Givaudan and International Flavors & Fragrances, which source their goods from a network of extremely dense SMEs with valuable know-how. Mane (5th) and Robertet (9th) rank among the world’s leaders in the Fragrance and Flavour industry, according to the classification established by Leffingwell & Associés. They use a network of international subsidiaries with R&D centres and production facilities, while pursuing a dynamic investment policy to increase their production capacity in the Grasse area.
At their side, Charabot, IFF Monique Rémy and Payan Bertrand are other emblematic players of fine chemistry in Grasse.

World-famous creators, researchers developing new processes and technicians specialised in flavours and fine chemistry: a specialised and highly skilled workforce has attracted major international manufacturers including the Americans, Cargill and IFF (International Flavors & Fragrances), and the Swiss, Firmenich. After Cosmo International Fragrances, which opened an R&D laboratory in 2011, it was the Indian, Associates Allied Chemicals which set up an aromatic raw material company in Grasse in 2012. Louis Vuitton Malletier, a subsidiary of LVMH, also opened a fragrance creation laboratory, Les Fontaines Parfumées, in Grasse in 2016.

Other uses have also won fame with companies which are particularly dynamic and robust in the perfumery-cosmetics sector. Laboratories such as Lancaster, SOFIA Cosmétiques and Biocyte have all developed cosmetic and dermatological specialities. A concentration of SMEs/small and medium-sized industries boast expertise in sweet and savoury food flavourings, as well as in fragrance compositions used, in particular, by the major washing powder companies. Designers such as Tournaire supply manufacturers with the equipment and technological packaging their activities call for.

There are three main players in the cosmetics, flavourings and fragrance sector: PRODAROM (the French National Union of Aromatic Product Manufacturers), COSMED (the leading association network of very small businesses/SMEs/mid-sized businesses) and the competitiveness hub, Innov’Alliance, which is an international reference hub for the characterisation, assessment and production of natural extracts used in the flavourings and cosmetics industry, with a vision of more “sustainable” chemistry, more respectful of the environment and facilitating eco-design.

the surface area of Grasse Biotech

They're on the Côte d'Azur